Site-specific installation
Carpet, postcard, map and pastry tasting
2017
​
Alhambra S.R.O. is a multidisciplinary art project that consists of a site-specific installation and a gastronomical experience drawn from a local immigrant community of the Tenderloin in San Francisco. This project not only playfully engages with the architectural features of the gallery but also comments upon the cultural and social dynamics of this neighborhood.

Inspired by the landmark “Alhambra Apartments” on Geary St, I call attention to the irony of the cultural appropriation of Arabic architecture in the early 20th century and the contemporary stigmatization of islamic people in what is perhaps the most culturally diverse neighborhood in San Francisco. 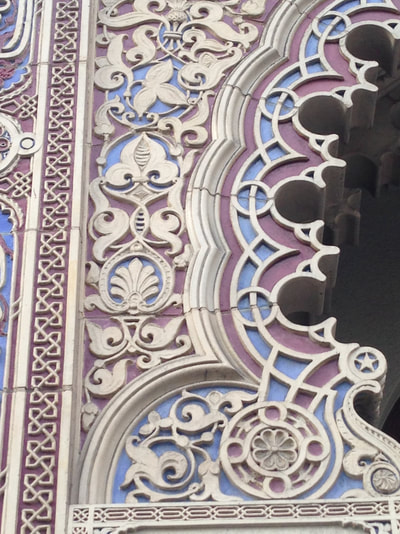 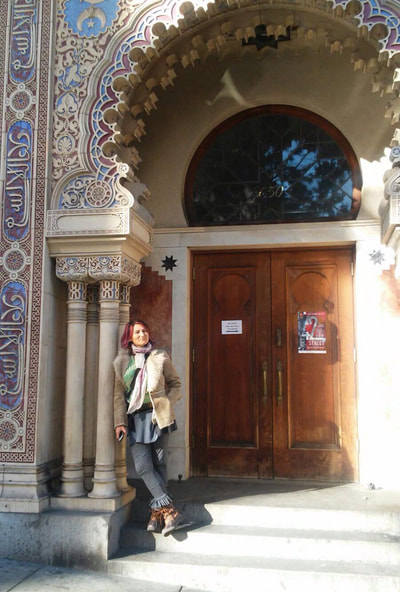 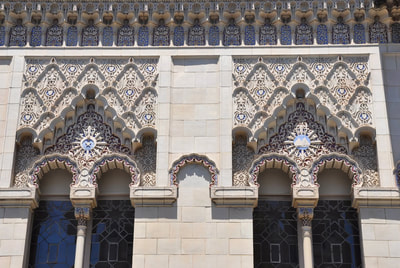 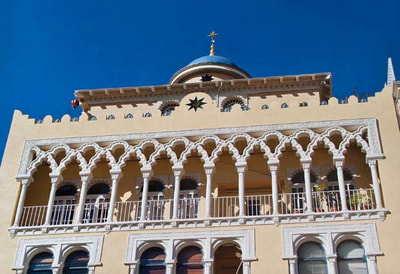 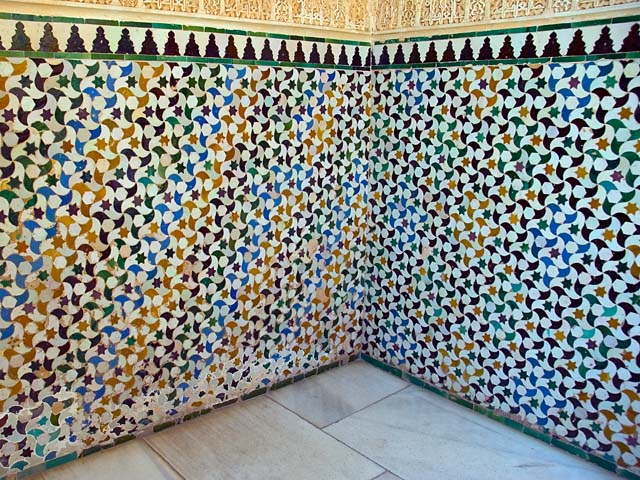 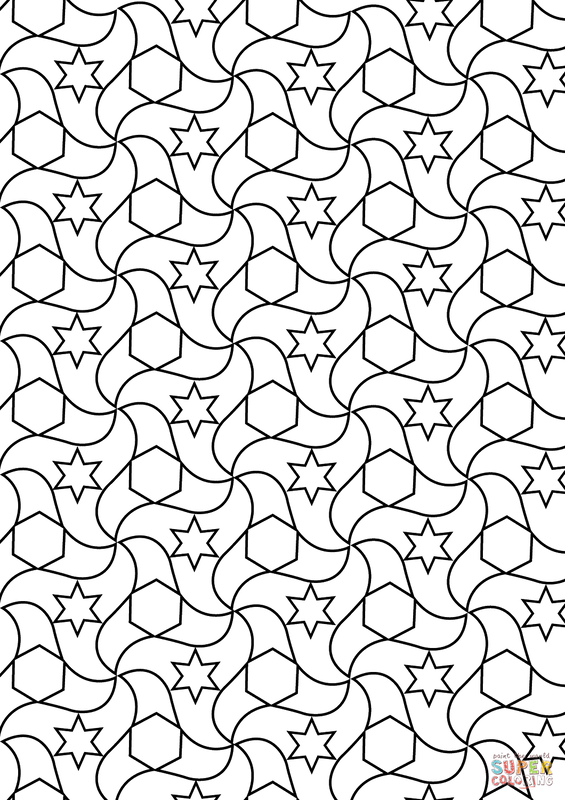 The “Alhambra Apartments” is among several buildings in the Tenderloin that are categorized as a Moorish Revival Style of architecture. This exotic style  flourished after the 1906 earthquake, when the formerly residential neighborhood of single family homes was rebuilt as multistory buildings often with dramatic facades of the Exotic Revival style. Many of these buildings have become S.R.O. (Single Occupancy Room) Hotels.

As a native Spaniard from Jerez de la Frontera, I am aware of the profound influences that Arabic culture left in Andalucia, the Alhambra of Granada being the most important example. In fact, the name “De La Frontera" alludes to the border between the Christians and the Moorish kingdom of Granada.
​
This Site-Specific installation consists of a geometric patten found in The Alhambra Palace in Spain, made of hand-cut pieces of recycled carpet from a hotel in the Tenderloin. The pattern will be repeated through the gallery, including floors emphasizing the decorative style of Arabic tiles.

The installation also engages the storefront window of the gallery, that will have a postcard featuring the stereotypical Moorish buildings facades of the Tenderloin. Guests are invited upon leaving the space of the installation to take a tour, guided by a copy of a hand-drawn map of buildings, restaurants, markets, and mosques—All features of a neighborhood, full of neighbors to meet as well.

A Gastronomic Experience
Arabic pestiños made with ingredients from People's Community Garden and Yemen Kitchen, The Tenderloin
​
Parallel to the artwork, in collaboration with the local muslim community and chef Tomas Marconi, I created a pastry with influences from Yemeni cuisine and from the Arabic-Andalusi desserts of my home town Jerez de la Frontera. Pestiños, from Arabic origin, is probably the most typical holiday dessert from Jerez de la Frontera.  By transgressing the bounds of fine art and invoking gastronomy, we move from spectator to companion, literally one we share bread with. The food serves as a bridge from xenophobic stereotypes to conviviality. 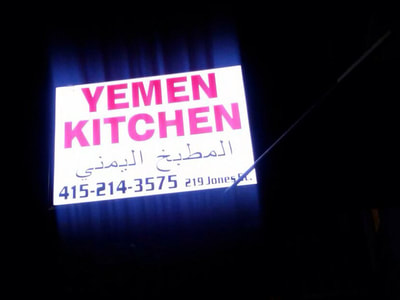 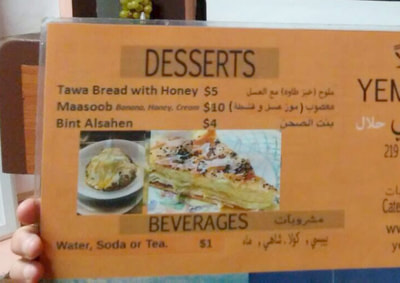 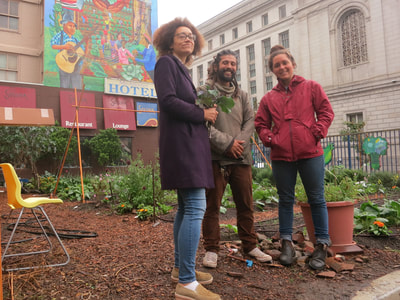 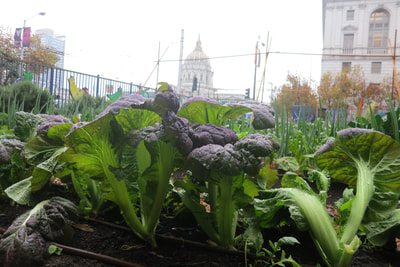 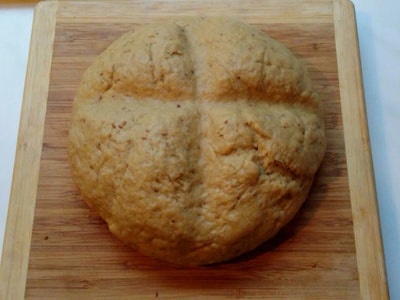 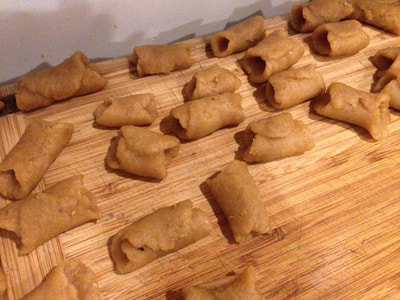 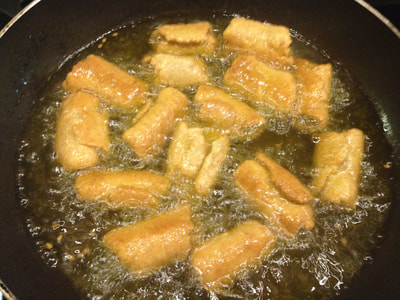 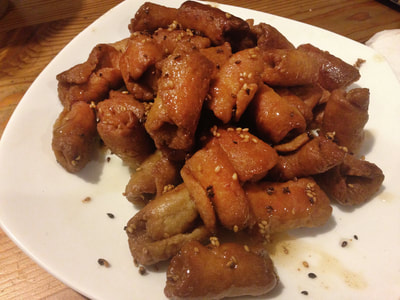 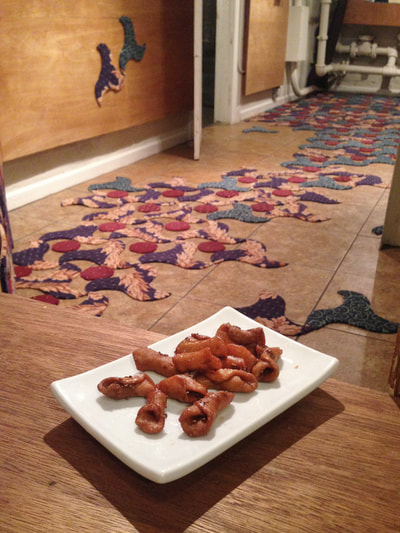 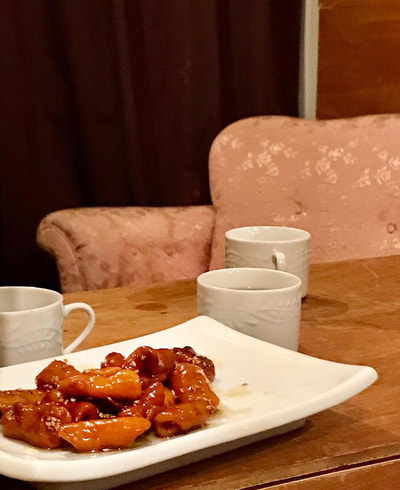 In collaboration with the Tenderloin Museum, Ramon’s Tailor Gallery presented a neighborhood Walking Tour & Artist Talk, inspired by Alhambra S.R.O. This one-night only event was an exciting exploration of the intersection of art, architecture, history, and diaspora.

Pam Coates, the Tenderloin Museum’s resident historian, gave an insider's view of the Tenderloin past and present with a special emphasis on the hidden neighborhood gems influenced by Moorish Architecture. We walked the streets of the neighborhood as we retraced my journey through the TL and shared my discovery of a community full of arabic culture, mosques, restaurants, stores and buildings, including the stunning Alcazar Theater and an exclusive look inside the renowned Alhambra Apartments.

The one-hour tour left the Tenderloin Museum at 6:30 and ended at Ramon’s Tailor Gallery where I presented my current work and discussed the installation. Participants had the opportunity to enjoy a gastronomical experience – a pastry combining multiple cultural influences and ingredients from Arabic cuisine, my home town in Spain, and a local Yemeni restaurant. 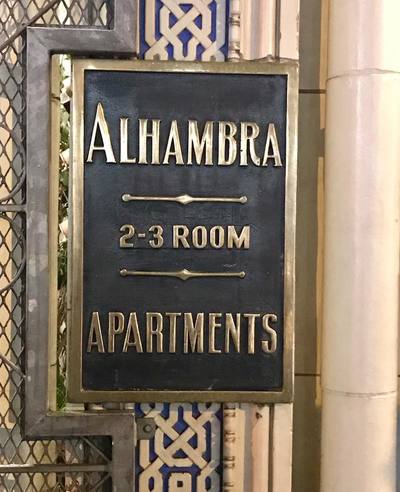 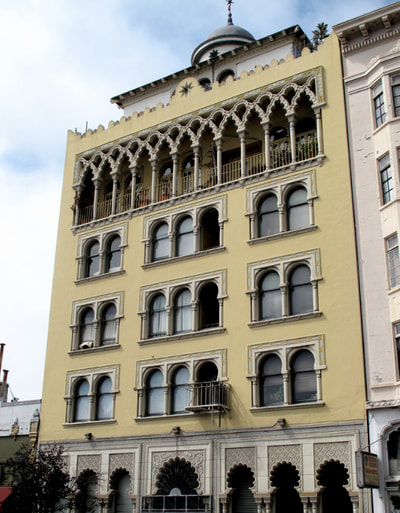 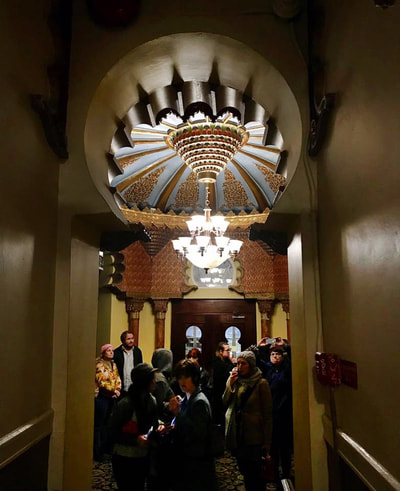 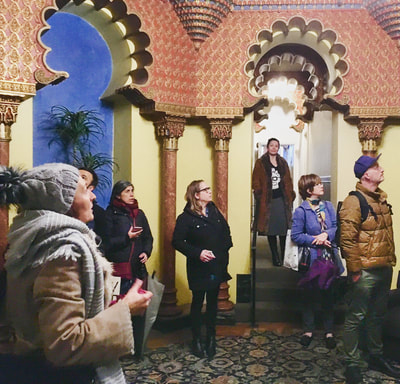 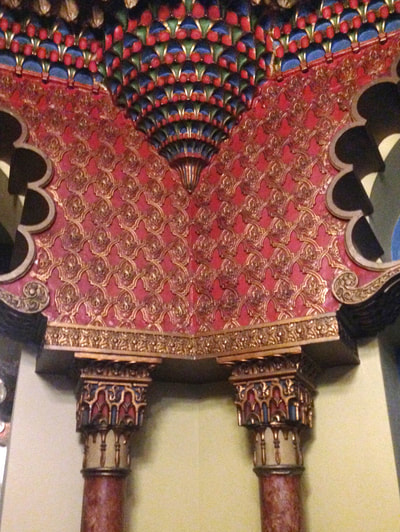