Labyrinths have become an important source of inspiration in my creative process over the course of my career as an artist. I am profoundly moved by their meaning and intricacy, and the capacity of labyrinths to create sacred space.

During my residency at ArtAmari, Central Crete, I created a seven circuit Classical Labyrinth, also known as Minoan Labyrinth. I built the labyrinth both as an art and as a personal project. After a few days looking for the right location I found the almost empty and semi abandoned chapel of Agia Paraskevi, in the middle of the Amari Valley. Using this ancient tiny sacred space as my art studio and alchemy lab I designed a series of rituals/dances to be performed in the labyrinth. This mythical labyrinth was originally built by Daedalus for the legendary Minotaur during the war between Athens and Crete. Theseus, the Athenian hero, was challenged to enter the labyrinth, kill the minotaur and liberate the Athenians from Crete. Ariadne, the real heroine of the story, gave Theseus the key to successfully go through the intricate path and find the center. Inspired by this Greek myth I  built this labyrinth with the purpose of embracing art as a transformational tool both for personal and social change.
Mostly everybody in Crete knows about the labyrinth myth but not very many can describe or draw how this labyrinth looks like. In fact there isn't any Seven Circuit Classical Labyrinth built in Crete and open to the public. The only source of information about its shape and appearance comes from early Cretan coins that exhibit the single-path seven-course "Classical" design as early as 430 BC. As part of my residency in Art Amari I collaborated with hight school students from the local town of Fourfuras. It was very exciting to teach, specially kids, how to draw a Cretan seven circuit labyrinth and build one at the High School's courtyard. 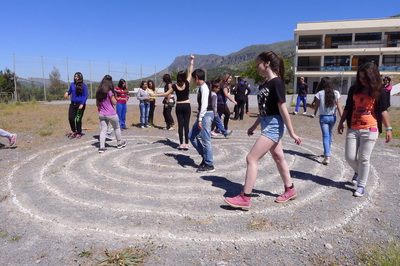 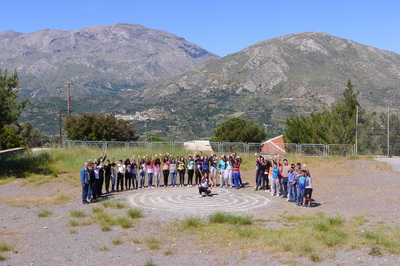 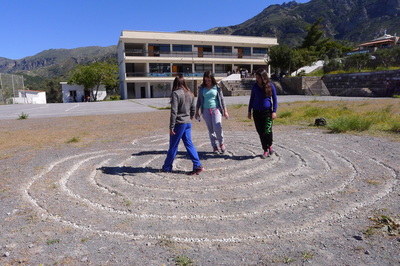 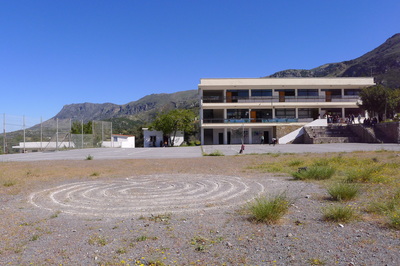 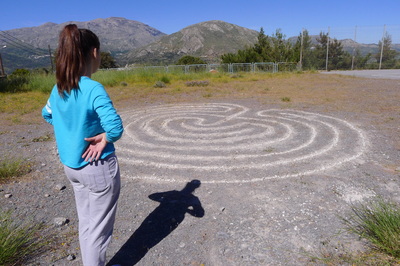 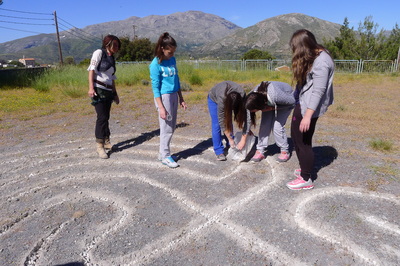 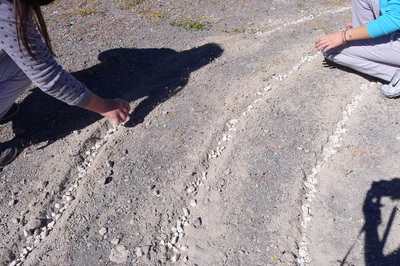 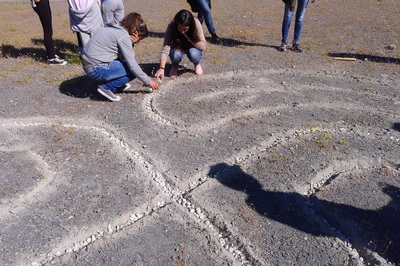 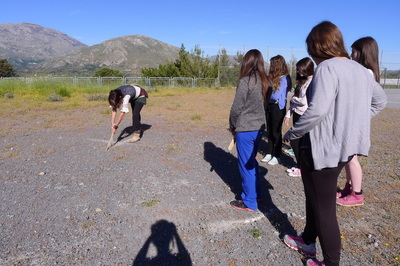 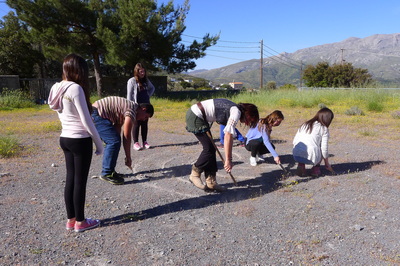 On my first day in the Amari valley I met Lambros, a resident of the near by village of Thronos, where he owns a Taverna, in Greek a small restaurant that serves local food. Lambros is an enthusiastic man who knows the land, its herbs and flowers. He also makes his own wine and raki - a very strong liquor made of the distillation of grape skin.

During the month of May I collected three local herbs suggested by Lambros: Dittany of Crete, Sage and Marjoram.  He also gave me a bottle of his homemade raki to extract the medicine from the herbs. Dittany of Crete grows up in the near by mountains, close to Mount Ida where God Zeus was born. It is said it has magical properties and that Greek Goddess Aphrodite healed the wounds of Aeneas with an extract of this plant. Cretan people enjoy Dictamo - as they call it here - as an herbal tea since the Minoan times.