Site-specific installation
Tiles and paint
2016
​
This project was developed during my 5 week long artist residency at Tvak Studios in the heart of the city of Ahmedabad, India. At the end of last year I was invited by Tvak Studios to work on a public art proposal that would include the public or the community. I was also invited to participate in the Ashapally Arts Festival.

During almost three weeks I worked in the Vastrapur District of Ahmedabad and had the opportunity to engage and learn from different communities and art institutions, like Kanoria Center for the Arts, the National Institute of Design, Gramshree and the Sabarmati Ashram.

The final work of this residency was the creation of a walkable tile labyrinth. The public that was attending the festival was invited to walk the labyrinth.
​

One of the most revealing parts about my trip to India was discovering the role that women have in the development of the cultural/spiritual/craft legacy. The same as in old generations of women in my own country, Spain, women are the ones weaving, knitting or stitching. In India they also use white lines made with chalk, rice paste or rice flour to "knit or write" in the floor of a street or the outside walls of their houses. These intricate mandala-like designs are called kolam in South India. In fact the word knitting/weaving - creating a textile, in Spanish tejer - have the same origin as the word text - texere in latin. It makes sense and makes me think how these women use artistic lines not only to intervene the public space and playfully affect the way we experience the architecture of their homes but as a way for self -expression that in some cases makes more sense than using words.

Lines, geometric patters and intricate forms are a big part of my work. Seeing these fierce women working with lines and creating "texts" inspires me to reflect about my own fascination and almost obsession with making likes and creating all these intricate paths either to be walked or contemplated. 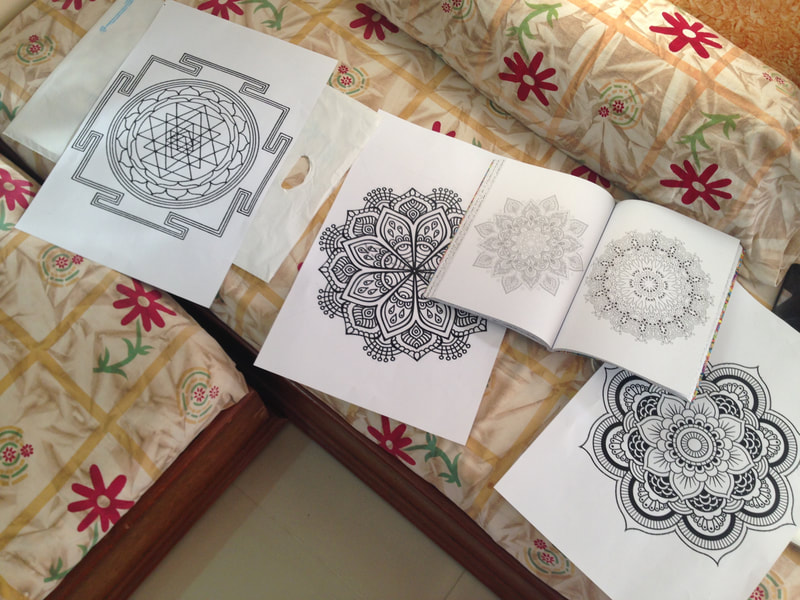 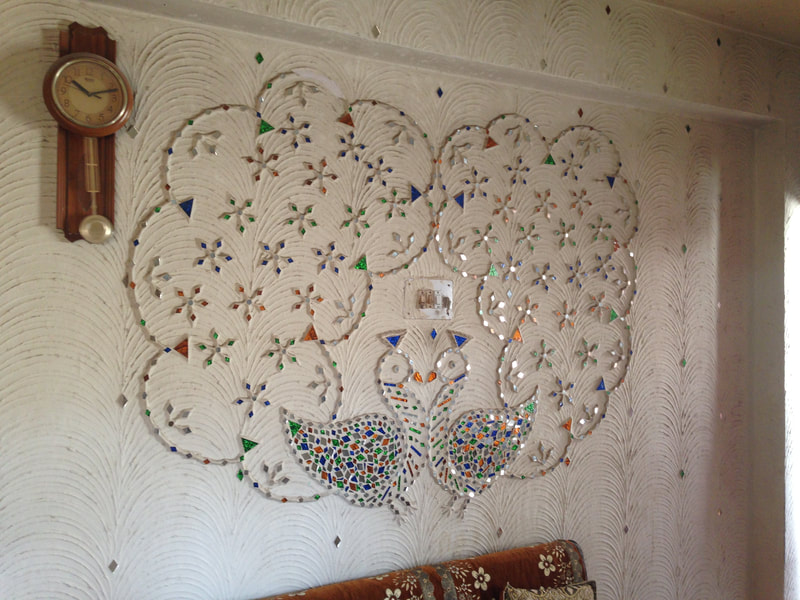 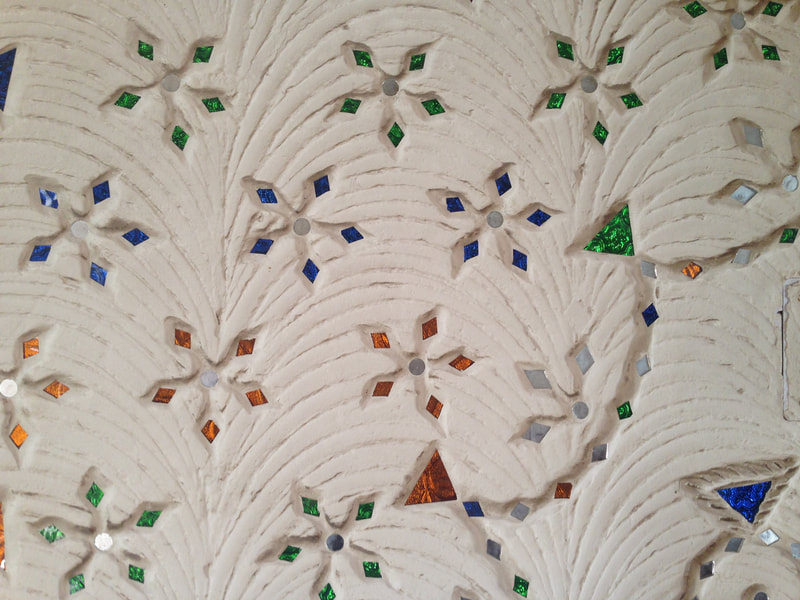 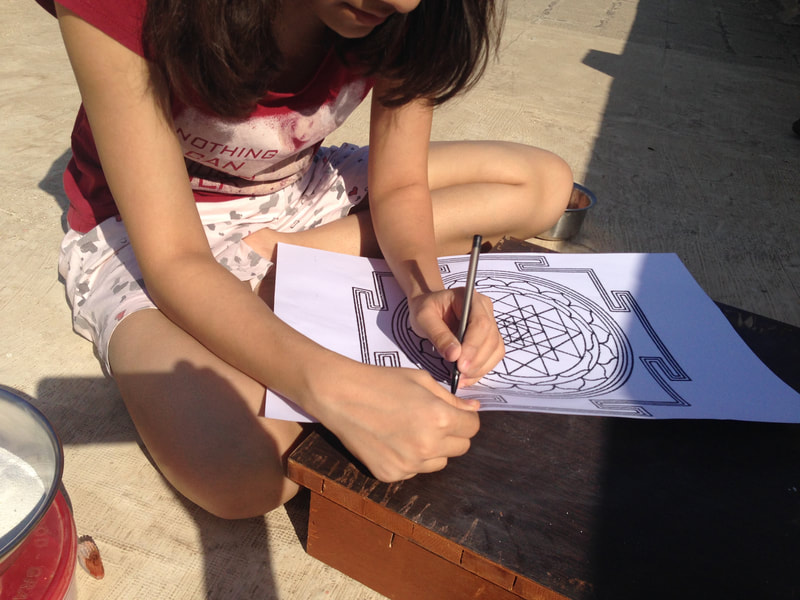 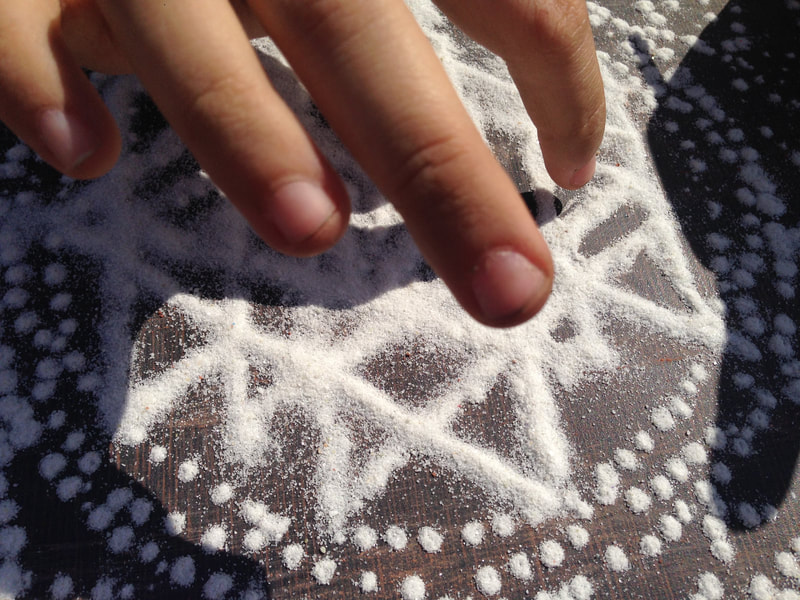 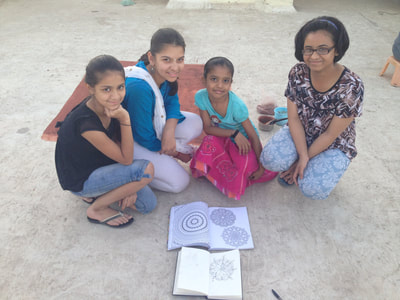 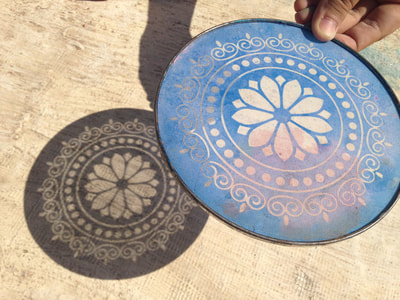 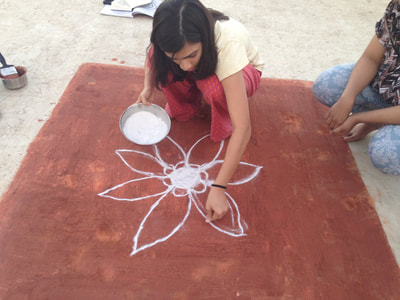 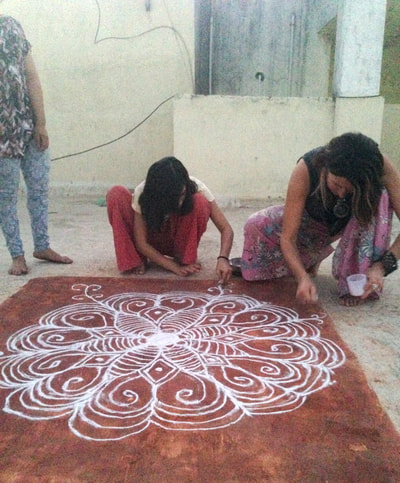 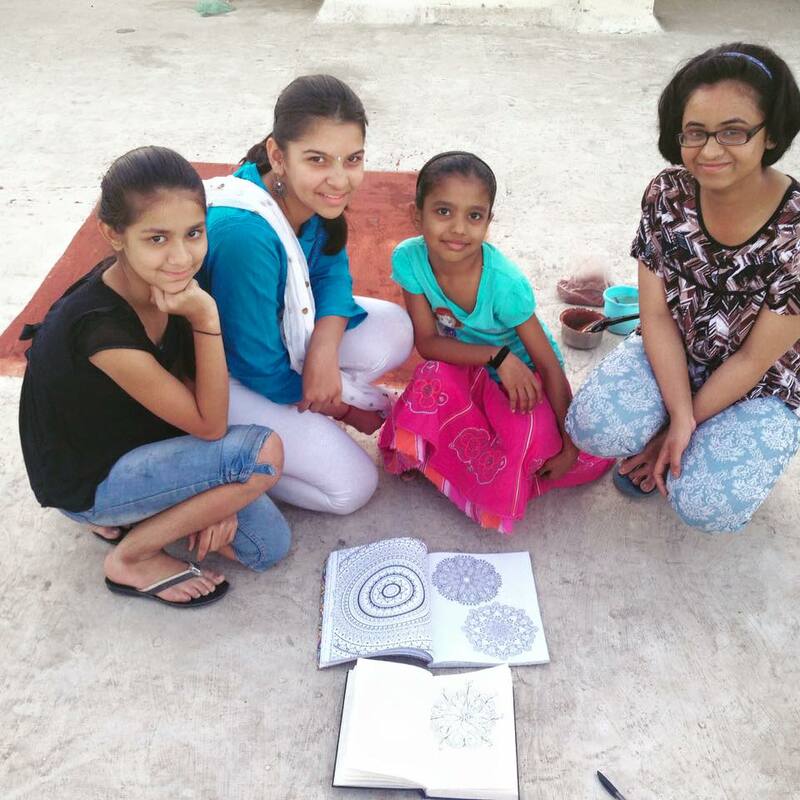